A key aspect of education involves welcoming young students into traditions of public remembrance — within their families, their communities, and their nations. Here’s an example of how you can do that this week in your homeschool. 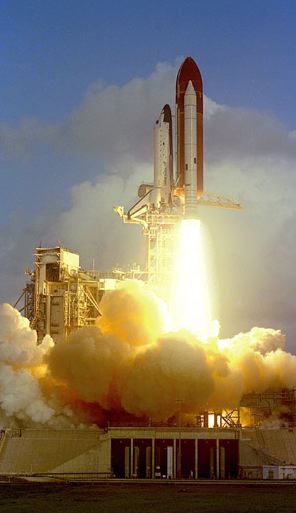 We mark the week of the Challenger anniversary each year with three texts — one poetical and two oratorical — that you might like to share with your students. The first is the famous poem “Sea-Fever” by the English poet John Masefield (1878–1967). It’s our homeschool poem-of-the-week for this last week of January.

On the evening of the Challenger launch, President Ronald Reagan had been scheduled to deliver his annual State of the Union address to Congress. He decided to postpone that event and instead spoke to the nation on television, addressing in particular the school children who had seen the disaster unfold earlier that day: “The future doesn’t belong to the faint-hearted: it belongs to the brave.” Classical homeschoolers may recognize Reagan’s Challenger Address, like Lincoln’s Gettysburg Address and Pericles’ Funeral Oration, as an example of epideictic oratory. Drafted by Reagan’s speechwriter Peggy Noonan, it’s now widely regarded as one of the great speeches of the late twentieth century.

The final text, from the film Chariots of Fire, is the very short dinner speech given by the master of Caius College at Cambridge University to the college’s newly arrived students — young people not much older than your own students perhaps — just after the end of World War I in 1919. It begins as an epideictic address, and then finishes in a powerful hortatory manner.

What historical anniversaries have you been marking in your homeschool this Orion Term? ⭐️⭐️⭐️⭐️⭐️⭐️⭐️

❡ All I ask is a tall ship: If a special line or turn of phrase happens to strike you in one of our weekly poems, just copy it onto your homeschool bulletin board for a few days and invite your students to speak it aloud — that’s all it takes to begin a new poetical friendship and learn a few lovely words that will stay with you for life. 🌊

❡ I am well versed in the classics, doctor: The line “All I ask is a tall ship” will be long remembered as the finest thing Herman Melville never said. 🐳

❡ Here, said the year: This post is one of our regular homeschool poems-of-the-week. Print your own River Houses Poetry Calendar to follow along with us as we visit fifty of our favorite friends over the course of the year, and add your name to our River Houses mailing list to get posts like these delivered right to your mailbox every week. 🗞

❡ Support our work: If you enjoy the educational materials we distribute each week, please support our work and the noble cause of homeschooling by making a small donation as a Friend of the River Houses! Your support keeps us going and growing! 😊