You are here: Home > Homeschool Holidays & Anniversaries > This Post 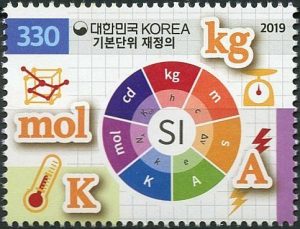 Mole Day is a humorous holiday recognizing the mole — not the small insectivorous mammal, but rather the standard unit within the International System of Units (SI) that measures the amount of substance in a sample of matter. (The term “mole” in chemistry was derived in a rather roundabout fashion from the word “molecule.”)

We love educational calendars here in the River Houses, and for some time I’ve been thinking about adding another calendar to our collection that would focus on the SI system of measurements — let’s call it “Monthly Measurements.” The idea hasn’t quite all come together yet, but you could make something like this yourself by just printing out one of our blank annual planners (available on our calendar page) and filling in a monthly topic for your students to investigate. A regular “Monthly Measurements” calendar might go something like this:

And within each month you can add an assortment of related dates and birthdays — Kelvin, Ampère, Faraday, Celsius, Newton, Joule, and more, all of whom have measurement units named after them. And we would of course also include World Metrology Day (May 20th each year).

(You can find a whole host of additional facts, figures, and historical information about weights and measures on pages 394–398 in your homeschool almanac.)

So Happy National Mole Day to homeschoolers everywhere! What idiosyncratic holidays are you celebrating and what special calendars are you devising in your home academy this Cygnus Term?

❡ Let the river run: This is one of our occasional Homeschool Holidays & Anniversaries posts. Add your name to our weekly mailing list and get great homeschool teaching ideas delivered right to your mailbox all through the year. 🗞