You are here: Home > Homeschool Holidays & Anniversaries > This Post

Happy birthday to one of the great scientists of the early 20th century, the Polish-French physicist and chemist Marie Skłodowska Curie (1867–1934) — “Madame Curie” as she was known around the world in her day. 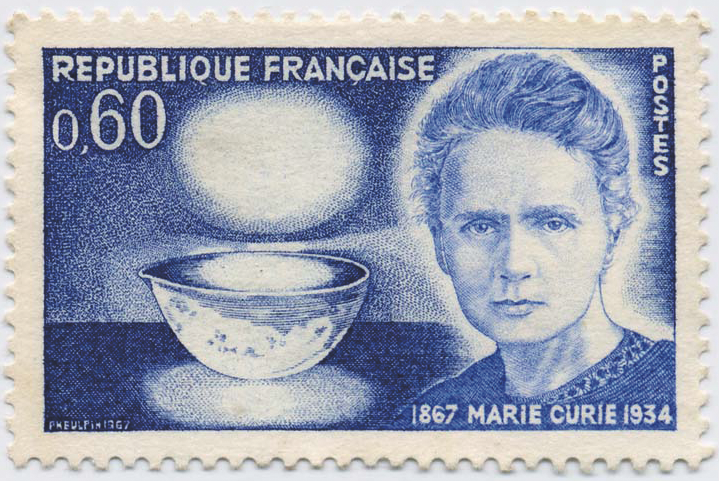 Along with her husband Pierre Curie (1859–1906), Marie Curie was a pioneer in the study of radioactivity and the radioactive elements. The Curies discovered and named the elements Polonium (Po) and Radium (Ra), and Marie conducted extensive research into their medical and therapeutic applications. She is one of only four individuals to have won two Nobel Prizes (Physics in 1903 and Chemistry in 1912). Here’s her official biography from the Nobel Prize website — a good homeschool read-loud for the week:

And here’s a great three-minute documentary introduction to her life and work, both scientific and humanitarian — just the thing to capture a beginner’s imagination:

Your local library will certainly have some good books on Marie Curie to browse this week — take a look on your next visit! But if you ever decide to do original research into her life someday as a historian, be prepared for some special obstacles. Her manuscripts, letters, and notebooks are all still radioactive nearly a century after her death, and the libraries that house them have to keep them in special lead-lined cases. ☢️

What scientific discoveries have you made in your homeschool this Cygnus Term? 😊

❡ Stay in the loop: This is one of our occasional Homeschool Holidays & Anniversaries posts. Add your name to our free weekly mailing list (riverhouses.org/newsletter) and get great homeschool teaching ideas delivered right to your mailbox all through the year. 🗞